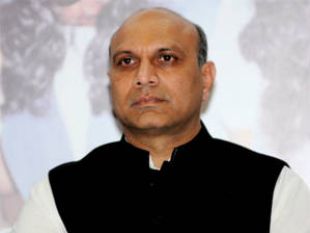 The Human Resource Development Dr. M.M. Pallam Raju has called for closer partnership between academia and industry. Speaking at a two day international workshop on industry academia collaboration for greater national productivity in New Delhi today, he said that the gap between the two has to be bridged to enhance employability of our people. Stressing the need for more contribution from industry in research, the Minister said that the most of the funding at present for Research and Development in the country is coming from the Government side. Calling for greater private sector involvement, the Minister said that the industry should engage itself more in terms of not only funding but also in skill development, innovation and entrepreneurship. He said while China spends more that one and a half per cent of its Gross Domestic Product on research and development, India spends less than one per cent. Speaking on the occasion, the Secretary Higher Education, Mr. Ashok Thakur said that the Government had set up three task force on (a) Research, innovation and entrepreneurship (b) skill and employability and (c) the ways to foster institutional mechanism. The recommendation of these task force will be discussed. He said that the Government is keen to promote top end research for skill building and the plans to foster ties with academia, industry and the Government. It will come up with a plan within two hundred days.

The Chairman of Confederation of Indian Industries (CII), National Committee on Higher Eduction. Dr. Naushad Forbes said that industry is keen to work with academia for its own benefit as the quality of manpower in industry cannot be improved without focusing to quality in academia. He said that CII has taken several steps in this direction including increasing the number of Ph.D. fellowships from one hundred to one thousand and funding of global innovation alliance. He admitted that the scale of interaction is low between the two sectors.

Share on Social Media
Previous article Education Fast Forward Debate - To School or Not to School? Next article Dr. M.M. Pallam Raju, Minister of HRD (India) Assures Dr. Obaidullah Obaid, Minister of Higher Education of Afghanistan All Necessary Support for the Development of Education in Afghanistan