Prime Minister’s Speech at the Conference of Directors of NITs 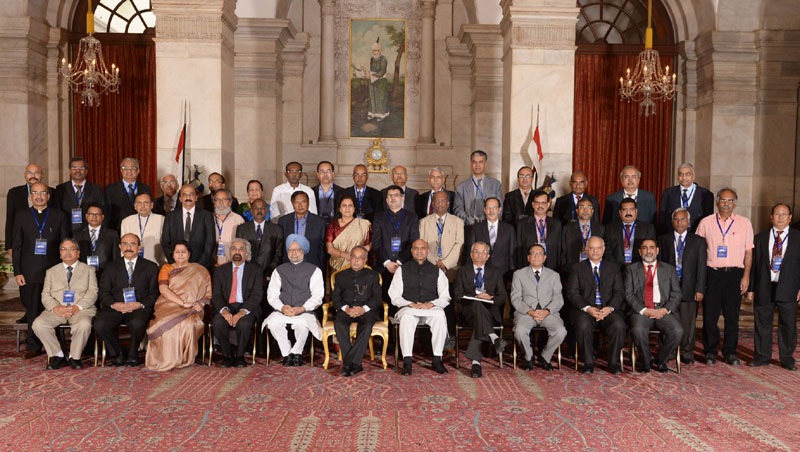 Following is the text of Prime Minister, Dr. Manmohan Singh’s speech at the Conference of Directors of NITs in New Delhi today:

“Let me begin by thanking Respected Rashtrapati ji for having organized this conference and for taking an active interest in issues concerning higher education. In February last year he had called a conference of Vice-chancellors of Central Universities and I understand a second one will be convened shortly. I am sure these initiatives will be of great benefit to the cause of higher education in our country and would also encourage others in their efforts to strengthen the higher education system.

The National Institutes of Technology (NITs) are all institutions of national importance. They contribute substantially to the technical man-power requirements of the country’s expanding economy. This is evident from the fact that in the year 2012-13, their intake of undergraduate students was over 15000 and that of post-graduate students about 11000. They are expected to produce engineering graduates comparable in quality to those produced buy our premier institutions like the Indian Institutes of Technology.

It has been a fascinating journey for the institutions that we today know as National Institutes of Technology. Eight of these institutions started as Regional Engineering Colleges in the early sixties. The expenditure on running these institutions was borne in equal proportion by the Central and State governments. By 1986, the number of RECs had increased to 17 and in 2003-2004 these 17 colleges were converted into National Institutes of Technology. The total number of NITs now stands at 30.

Over the years the number of engineering graduates and graduates passing out of NITs has grown many-fold. So has the expenditure that is incurred on them, which is now borne fully by the Central government. To give an example, the funds spent on NITs have increased from 491 to more than 1050 crore Rupees in the period 2002 to 2012. But more importantly, the NITs are now autonomous to a degree greater than ever before.

The driving aspirations behind all these changes have been to foster excellence in NITs and bridge the gap between them and the country’s premier institutions, encourage Research and Development, and enhance collaboration and partnership with industry. These aspirations have been fulfilled to some extent. Today, not only is the number of total students studying in NITs much larger than what it was a few years back, the number of PhDs awarded has also gone up sharply. Of late, NITs have also started attracting students from abroad under the Direct Admission of Students Abroad Scheme. But the NIT system still has a long way to go.

Critical to the achievement of the goals that have been set for the NITs is the quality of their faculty. It is therefore heartening that the Ministry of Human Resource Development has implemented pay parity with IITs for the NIT faculty, subject to their meeting certain benchmarks. The provision of open recruitment at each promotional scale will also motivate the faculty to pursue research and industrial collaboration. These initiatives, I am sure would help in enhancing the quality of academic and research pursuits in the NITs.

One of the recommendations of the Kakodkar Committee set up to review the functioning of NITs is an innovative measure for augmenting research and teaching simultaneously through the “Trainee-Teacher” scheme. Under this scheme, the top 15% students of NITs and other Centrally Funded Technical Institutes (CFTIs) will be selected for PhD programmes in IITs and at the same time be appointed on contract to teach in an NIT while still pursuing their Master-cum-PhD degree. I would urge careful consideration of this recommendation in an expeditious manner.

I understand that the Kakodkar Committee has also recommended periodical external Institutional evaluation of NITs. This I think is a good recommendation which would help improving quality of teaching and research. I would urge the respective Boards of Governors of NITs to act on this recommendation expeditiously.

These efforts have been driven by the consideration that a skilled workforce is critical for rapid socio-economic progress of our country. It is essential to improve access to education and also its quality if we are to take full advantage of the large proportion of young men and women in our population.

During the XII Plan, the focus on the three E’s of expansion, equity and excellence would continue with a greater emphasis on quality of higher education, while consolidating the gains of the XI Plan.

As far as higher education in Science and Technology in our country is concerned, there are massive challenges that lie ahead. To give an idea of where we stand today, India’s research output as global share of scientific publications was a mere 3.5% in 2010 whereas China`s share was 21 % in 2007. The total number of patent applications filed by Indians in 2010 comprised only 0.3% of the total applications filed globally. India’s share of global R&D investment is as low as 2.2% which is much lower than 9.2 % of China and 32.4 % of USA. The Directors of NITs have a very important contribution to make in our collective efforts to improve this state of affairs.

These were some thoughts that I wanted to share with you today. I am sure there are several other issues that will come up during the discussions in this conference. I have no doubt that under the very able guidance of Respected Rashtrapati ji the participants of this conference will find ways and means of improving the functioning of NITs, thus contributing to overall improvement of the country’s higher education system. In this endeavour of great importance, I wish the Conference all the very best.”