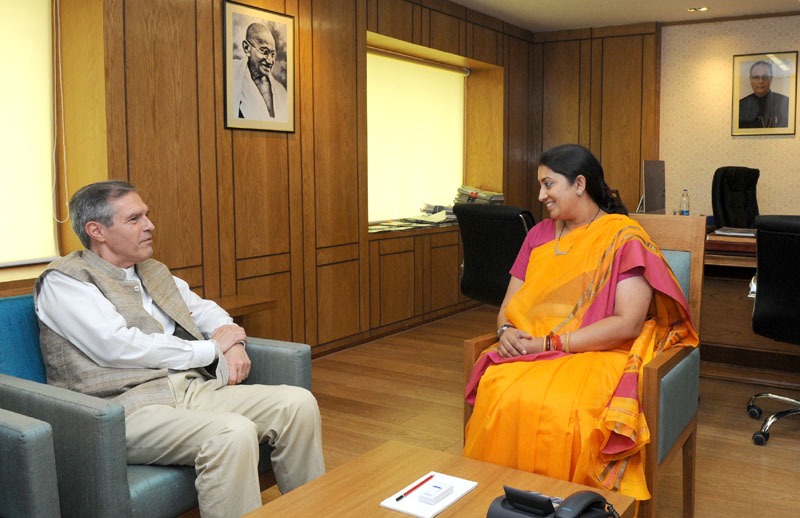 The Ambassador mentioned the demographic advantage of India and reiterated his country's commitment to strengthen partnerships with India in higher education, research, vocational education and training. He also reinforced the need to further expand the current Indo-German Strategic Partnership (IGSP) in Higher Education.

Reciprocating the Ambassador's views, the Minister reiterated India's commitment to collaborate with Germany and appreciated the Indo-German Strategic Partnership (IGSP) in Higher Education. Highlighting that the Ministry has already released funds under this initiative, the Minister stated that she was looking forward to the final selection of the Program's research and fellowship awardees, during the next Indo-German Joint Working Group meeting on Higher Education, scheduled for 18-19 November, 2014 in New Delhi.

Other opportunities to collaborate between the two countries that were discussed include replication of Germany's model in Skills and Vocational Education and Training, teaching of B.Ed. in German at select Indian Universities and consulting with Germany's premier institutions for setting up India's National e-Library and e-Bhasha initiative. Opportunities to partner with Germany on their initiative to set up an International Centre for Advanced Studies in Humanities and Social Sciences were also discussed.