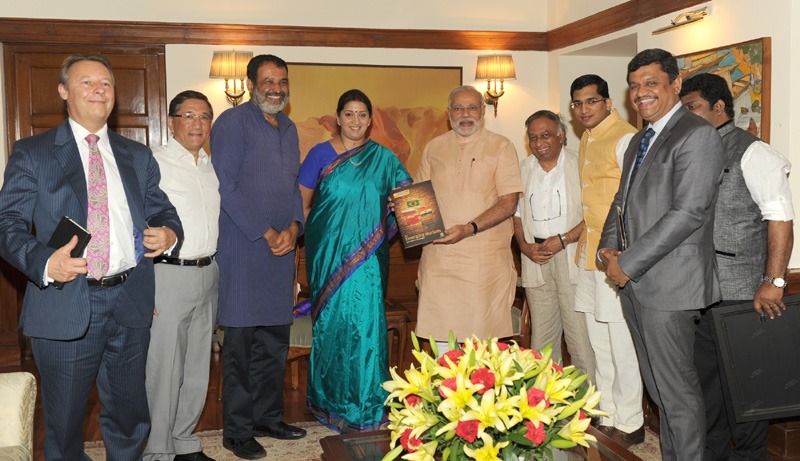 Speaking on the occasion, Prime Minister Shri Modi identified the need to link research and education to the development needs of the country. He emphasised the need for India to evolve an independent ‘India Ranking’ metric which can then involve the SAARC nations as the existing systems are skewed towards Western Nations.

Earlier, the ICAA delegation called upon the Union HRD minister SmtIrani and delivered a detailed presentation on Global Rankings and discussed steps to help assist Universities in India progress up the ranks.

The growing interest in international rankings is reflected in a sharp increase in the positions of some Indian institutions featuring in the BRICS Ranking published by QS.

Twenty Indian educational institutions feature in the latest BRICS ranking and five Indian Institutes of Technology (IITs) win places in the top 20. IIT-Delhi, IIT-Bombay, IIT-Kanpur, IIT-Madras and IIT-Kharagpur have made it to the list. IITs are again by far the most successful representatives of the country’s higher education system.

The prestigious IIT Kharagpur has a higher proportion of PhDs among its staff than any university in the five countries, while another three Indian institutions feature in the top five on this measure. On overall staffing levels, only Manipal University appears in the top 100 among the universities of the BRICS countries.

The Indian Centre for Assessment & Accreditation is a not-for-profit organization formed with a vision ‘to help assist the inclusion of at least 5 Indian Universities in the Top 200 of the World University Rankings by 2025’.