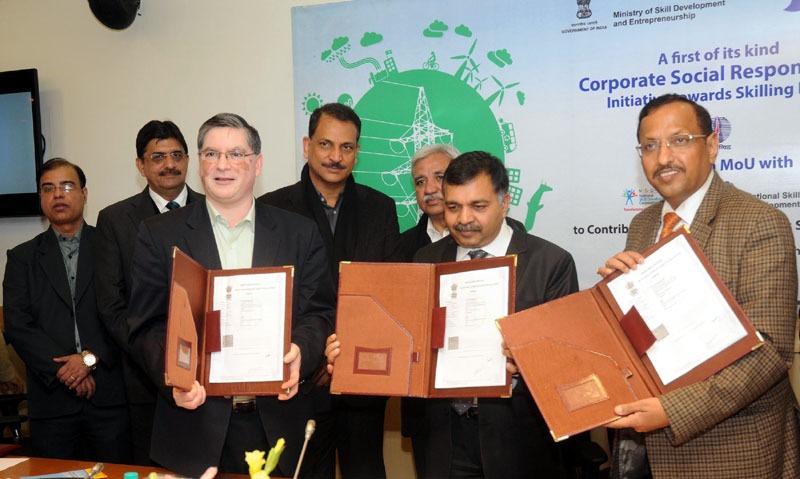 The Minister of State (Independent Charge) for Skill Development and Entrepreneurship, Shri Rajiv Pratap Rudy today called upon the corporate sector and PSUs to contribute in the skilling initiatives of the Ministry of Skill Development and Entrepreneurship (MSDE). According to him India has focussed in the domain of education for many years and needs to now place its attention to skilling people and creating jobs such that the large demographic dividend is employed. He indicated that such an initiative requires scale that could be achieved through public-private partnerships.

The Minister said, the country is lagging behind in skill development for at least 50 to 55 years. He said, we have been focussing on education but not on skill development. The next 5 to 10 years are crucial to meet the emerging challenges in making India a great power amongst the comity of nations. He said, India has merely 2% skilled people vis-a-vis many growing and developed economies.

The event marked a historic day since it is the first time NSDF received funding from a PSU (Public Sector Undertaking) under CSR (Corporate Social Responsibility). Acknowledging the same Shri Rudy said, today is the beginning of the activities government had envisioned while setting up this Ministry and its role. He further added, companies should be encouraged more to contribute from their CSR funds to the NSDF. He indicated that PGCI has taken the leap in this direction and partnerships with private stakeholders have begun with the government.

According to him, if the corporate sector and PSUs join the initiatives of the Ministry, it would be an institution that would facilitate skilling of people, making India the skill capital of the world.

The Director (Projects) Shri I. S. Jha, PGCI described it as a great initiative by the Ministry towards building an advanced nation. Government of India has committed to provide 24X7 power supply to all by 2019. A huge investment has been envisaged for additional generation of capacity and development of matching transmission and distribution infrastructure. He said, towards this availability of skilled manpower is a big challenge and such programs of skill development will help achieving this ambitious target.