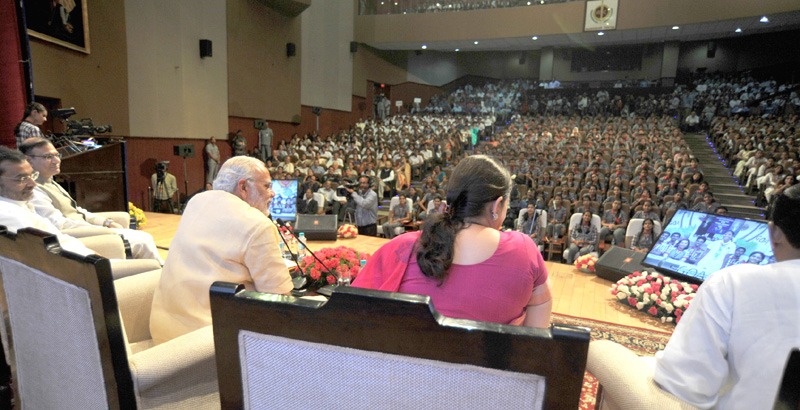 The Prime Minister, Shri Narendra Modi, today interacted with school children from across the country, on the eve of Teachers' Day. In a unique event anchored entirely by school children themselves, the Prime Minister released commemorative coins of denomination Rs. 125, and Rs. 10, to mark the birth anniversary of India's second President, Dr. Sarvepalli Radhakrishnan. The Prime Minister also launched the website for Kala Utsav, an initiative of Ministry of Human Resource Development (MHRD) to promote arts in education by nurturing and showcasing the artistic talent of school students at the secondary stage in the country.

In his opening remarks on the occasion, the Prime Minister said that there is a special significance of interacting with school children on the eve of Teachers' Day. He said a teacher is known by the accomplishments of his students. He said that while a mother gives birth, it is the teacher who actually provides life.

The Prime Minister explained that the teacher and the student, both have a unique importance for each other. He said that teachers should also write about their experiences with various children. He said teachers consider all students as important, and should remember them all – not just the ones who excelled academically.

The Prime Minister recalled former President Dr. APJ Abdul Kalam, and said Dr. Kalam wanted to be remembered as a teacher. He said that Dr. Kalam had a passion for teaching, and he was interacting with students even upto the final moments of his life. 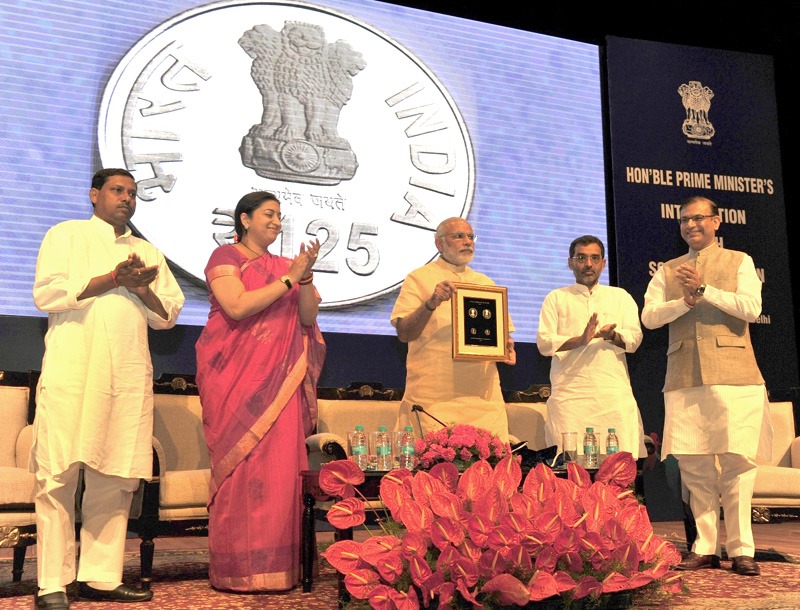 The Prime Minister said India had great teachers even today, who were helping to create engineers, doctors and scientists that were making a mark globally. He said the aim of teachers should be to avoid creating robots, but to nurture an entire generation. 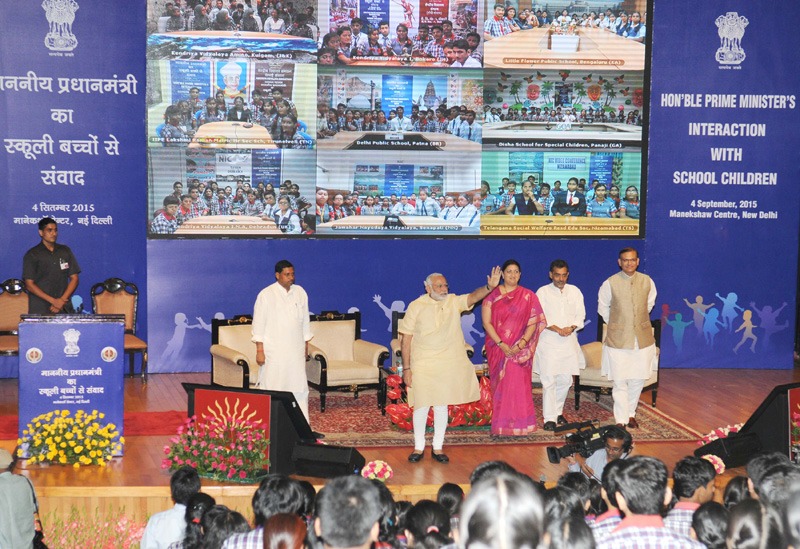