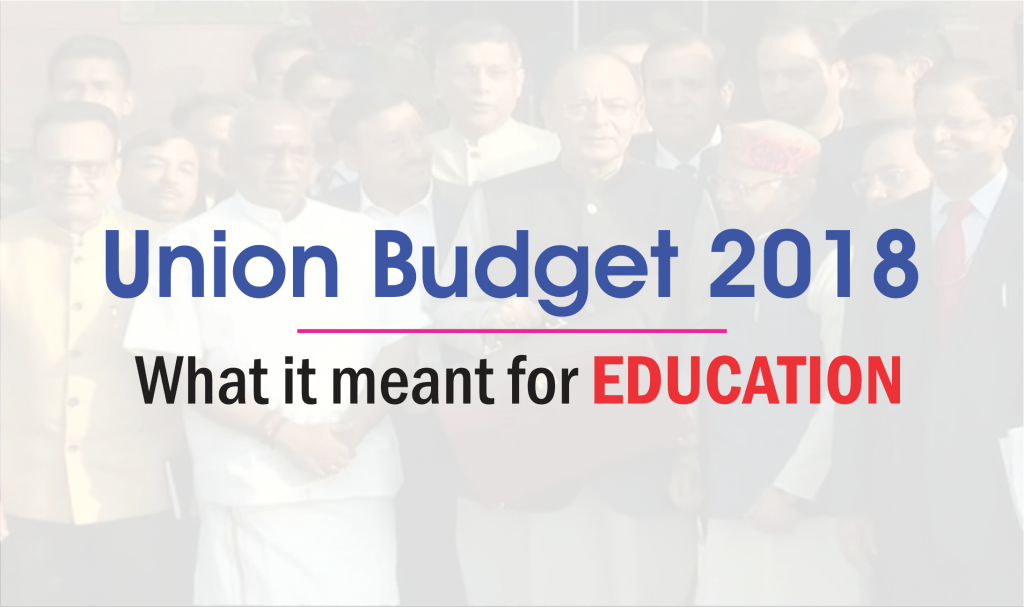 The Government hopes to bring about a host of reforms in India’s education sector in 2018-19, the Finance minister Mr. Arun Jaitley indicated in his Budget speech on February 1, 2018.

Through a new initiative RISE (Revitalising Infrastructure and Systems in Education), the government has planned to a total investment of Rs 1,00,000 crore in the next four years. The Finance Minister said that the new initiative is to step up investments in research related infrastructure in premier educational institutions.

The Finance Minister said that the government will focus on making sure that education is treated holistically.

“ We have managed to get children to school but quality of education still a concern. Education to be treated holistically without segmentation from class nursery to Class 12.”

Moving from Blackboards to Digital Boards

Unlike a regular blackboard, digital boards are interactive and also have the facility of having teachers from other locations join through a digital system.

A revised framework will be put in place for outcome based accreditation and credit based programmes. Government proposes to leverage information technology and launch SWAYAM platform with at least 350 online courses. This would enable students to virtually attend the courses taught by the best faculty; access high quality reading resources; participate in discussion forums; take tests and earn academic grades. Access to SWAYAM would be widened by linkage with DTH channels, dedicated to education.

Government proposes to establish a National Testing Agency as an autonomous and self-sustained premier testing organisation to conduct all entrance examinations for higher education institutions. This would free CBSE, AICTE and other premier institutions from these administrative responsibilities so that they can focus more on academics.

The government has proposed that every block that has more than 50 percent of ST population will have Ekalvya schools, which will be at par with the Navodaya Vidyalayas.

The government will focus on providing Diksha Digital for the BEd teachers programme, to help train teachers and thus focus on better quality of educators.

The Government proposed to setup specialised Railway University at Vadodara.

The Government announced “Prime Minister Fellowship Scheme” to identify bright students pursuing BTech in premier engineering institutes, and provide them higher-education opportunities in the IITs and IISc who will receive handsome fellowships, and will be expected to dedicate a few hours to teach in higher education institutions weekly.

To establish a national programme for Artificial Intelligence

Government believes technologies such as machine learning, artificial intelligence and others are the technologies of the future and Niti Aayog will establish a national programme to conduct research and development in these areas. The Government will also invest in robotics, big data, quantum communication and other areas. The Department of Science and Technology will start a mission on cybersecurity and set up a centre of excellence.

The Government has proposed to set up 5 lakh wi-fi hotspots to provide broadband access to five crore rural citizens. To harness the benefit of emerging new technologies, particularly Fifth Generation (5G) technologies and its adoption, the Department of Telecommunications will support setting up an indigenous 5G test bed at IIT, Chennai. The government will work towards connecting 1.5 lakh more villages under BharatNet initiative, he said.