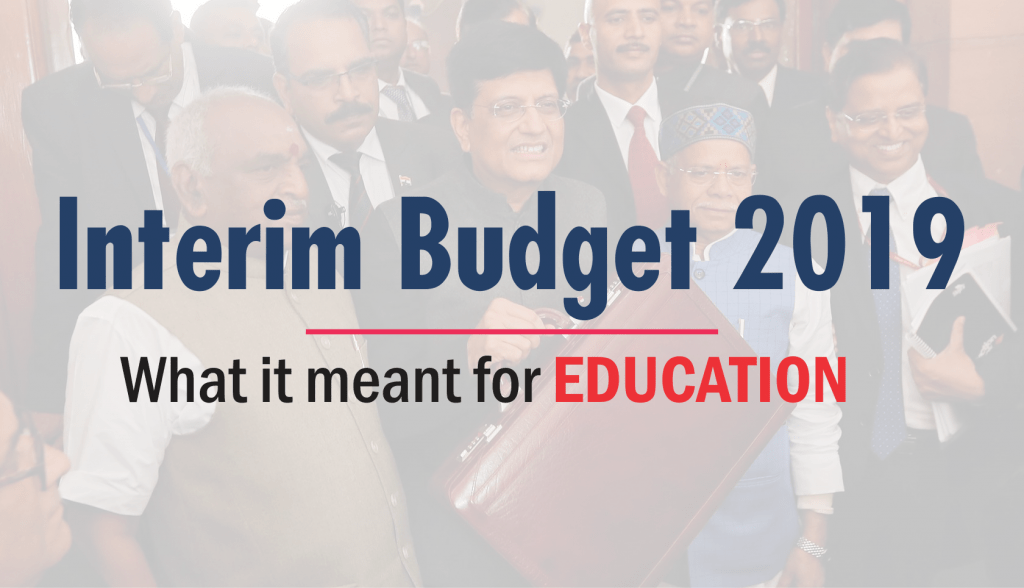 The Interim Budget 2019 announced an increase of 10 percent in the education budget, with a total amount of A total of Rs 93,847.64 crore allotted.
Research projects initiated by the government last year contribute to the enhanced part, and there are no major changes in the funding for central universities.

The Budget 2019-20 presented by Union Minister Piyush Goyal allocated a sum total of Rs 93,847.64 crore for both school and higher education combined, to be spent by the Ministry of Human Resource Development.

Through the Higher Education Funding Agency funding mechanism, the government has made available more than Rs 17,000.

Recent changes by the government and their affect on the education budget
The government recently announced a 10 percent reservation for the economically weaker section (EWS) quota in the higher educational institutions which resulted into an increase of 25 per cent seats in the central universities.

However the budget of these institutions didn’t see any major changes from the previous year.

The budget assigned for the central universities last year was Rs 6,445.23 crore which was later increased to Rs 6,498.55 crore.

The funding for existing Indian Institutes of Technology (IITs) saw an increase. It was up from Rs 5,613.00 crore to Rs 6,484 crore this year. The UGC has been allotted another Rs 4900 crore.

No allocation was, however, made for setting up new IITs.

For research programmes like IMPRESS, Rs 130 crore has been allotted, marking an increase of 37 per cent.

The budgetary allocation for the Rashtriya Uchchatar Shiksha Abhiyan (RUSA) has also been increased from Rs 1,400 crore to Rs 2,100 crore.

The Unnat Bharat Abhiyan, under which 10,000 villages have been adopted by the higher education institutions, has got 70 per cent increase in budgetary allocation, the HRD ministry said to PTI.

The government has provided additional equity of Rs 2,100 crore to HEFA to enable it to mobilise the required funds for building high-quality infrastructure in higher education institutes.