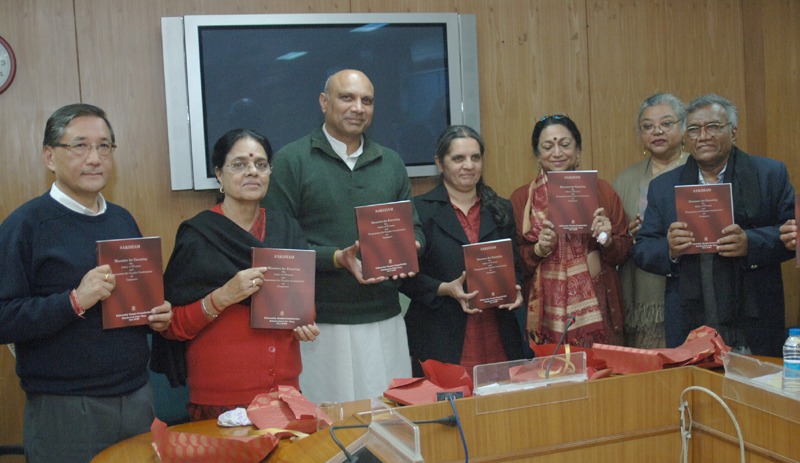 "SAKSHAM", a Report of the Task Force set up by UGC to "Review the Measures for Ensuring Safety of Women on Campuses and Programmes for Gender Sensitization" has come up with several fundamental and far-reaching recommendations which are in consonance with the Justice Verma Committee Report and the Vishaka Guidelines. It is as follows:

Human Resources Development Minister Dr. M. M. Pallam Raju, while releasing the UGC publication titled "Saksham" at New Delhi today, said that it is an imperative need to create safe and secure atmosphere in campuses. In order to achieve this, there is a need to change the mindset of the people and to apply it in word and follow it in deed. Gender sensitization discussions should be made an integral part of public discourse in campuses in order to build awareness on the same.

Union Minister of Housing and Urban Poverty Alleviation and former Chairperson of National Commission for Women, Ms. Girija Vyas suggested a five point programme in order to bring about safety for women and gender sensitization on the campuses which includes enactment of strict laws and strict implementation of the same.

Dr. Meenakshi Gopinath of UGC was the Chairperson of the task force constituted to review the remedial measures to address the concerns of all girls and women studying in diverse university campuses of the country. The task force was set up in the wake of the aftermath of the Nirbhaya incident of December 16, 2012 in the Capital.