Become Agents of Change, Says President to Students of Central University of Kerala 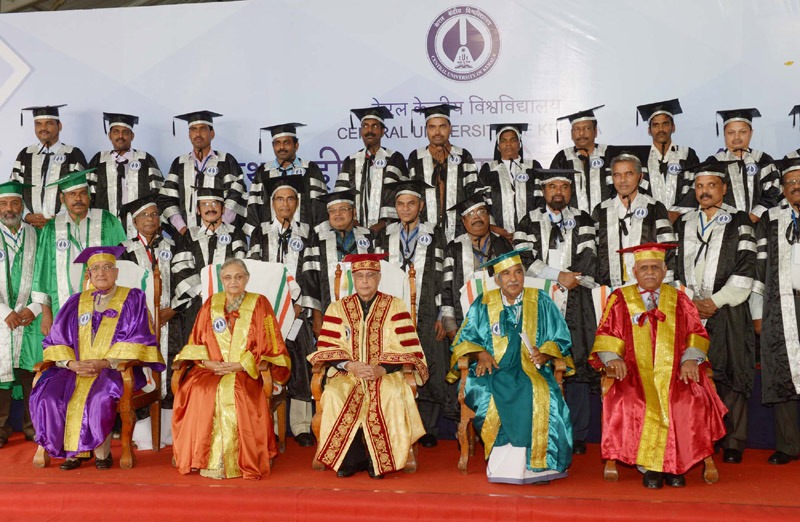 The President of India, Shri Pranab Mukherjee attended the first Convocation of the Central University of Kerala in Kasaragod today (July 18, 2014).

Speaking on the occasion, the President said success of India will lie in mobilizing all the positive forces to fight the scourges of poverty, deprivation and backwardness. The students present here enjoy a privileged position by virtue of having access to higher education. This privilege comes with a huge moral responsibility. Their success will lie in becoming the agent of change the catalyst in mitigating the hardships and sufferings of the people. The President said “it is alright to have personal ambitions. But it should not be the ‘be all and end all’ in life. While pursuing your individual goals, always keep the bigger picture; the higher calling; the greater good, in mind. Treat your personal aims and the greater good as one integrated whole, without separating them”.

The President said if students are the future of this nation, it is the teacher who shapes them. Teachers in ancient India led exemplary lives, worthy of the reverence they received. India needs such teachers in greater numbers today, who are not only dedicated towards teaching and committed to their students but are also driven by a selfless desire to mould the moral fibre of our society.

The President named the campus of the University `Tejaswini Hills, after the river in the region. In the context of the unfortunate ‘Endosulphan’ tragedy at Kasaragod, the President welcomed the initiative to establish a School of Medicine and Public Health. He said this school should be a platform for higher learning and research in all systems of medicine, with particular emphasis on community healthcare and affordable medical treatment.