India and Japan Agree to further Strengthen Cooperation in Education 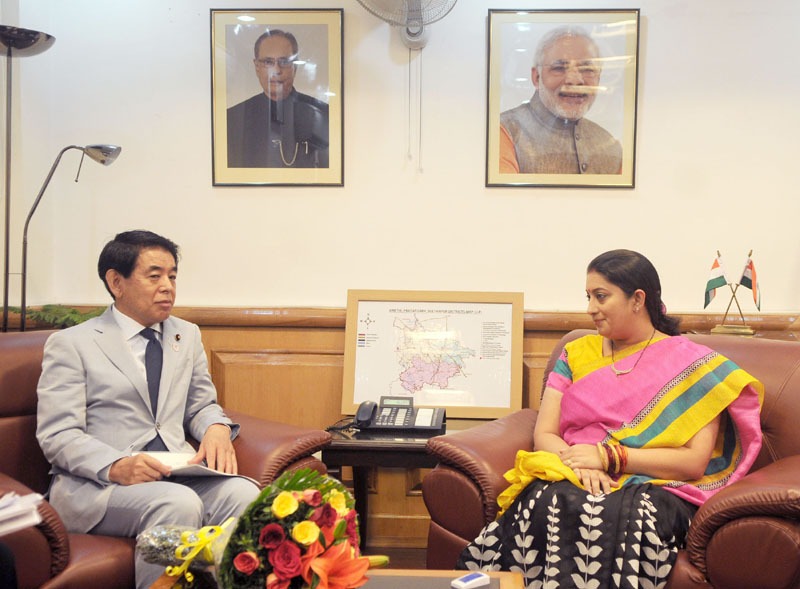 Mr. Hakuban Shimomura, the Minister of Education, Culture, Sports, Science and Technology, Japan met the Minister for Human Resource Development, Smt. Smriti Irani here today. Smt. Smriti Irani appreciated Japan for their advancement in education as well as in technology, and appreciated the assistance of Government of Japan for the development of the new IIT in Hyderabad and the Pandit Dwarka Prasad Mishra Indian Institute of Information Technology, Design and Manufacturing (IIITDM) in Jabalpur. She also proposed that India and Japan could cooperate for the sharing of knowledge resources through the National e-library initiative of the Indian Government and also in India’s Massive Open Online Courses (MOOCs).

The Japanese Minister also invited the Indian Minister for the UNESCO World Conference on Education for Sustainable Development to be held at Aichi-Nagoya, Japan during 10-12 November, 2014.