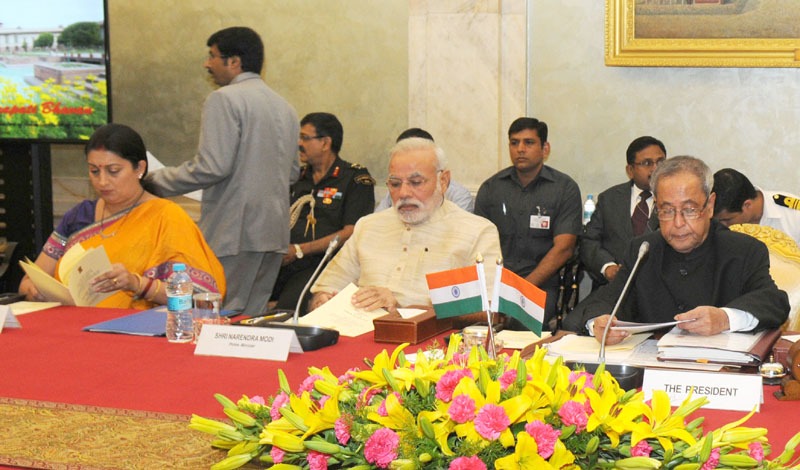 The Prime Minister was addressing a Conference of Chairmen of Boards of Governors, and Directors of IITs at Rashtrapati Bhawan. “Science is universal. Technology must be local,” the Prime Minister said, calling upon IITs to give projects related to local needs and requirements to their students, so that they can find innovative solutions as they pursue their studies. He said this would lead to a positive change in the quality of life of people, besides instilling a sense of “service” towards the nation, among the bright young minds at IITs. “How can IITs teach our students the science of thinking and the art of living,” the Prime Minister said.

The Prime Minister mentioned several examples where India is critically dependent on imports, ranging from defence equipment, to the health sector, to sensitive and security-related items like currency ink and tear gas. “I refuse to believe that India does not have the talent to make these things,” the Prime Minister said, asking IITs to take up such challenges.

Giving two more specific examples, the Prime Minister asked IITs to contribute towards fulfilling the vision of “Housing for All” through technology which would enable rapid construction of economical, eco-friendly and structurally sound houses. He also said IITs could contribute towards user-friendly innovations in the Indian Railways.

The Prime Minister also called upon IITs to adopt nearby engineering colleges, and play a role in mentoring them. He asked IITs to search for innovations that people may have developed in their neighbourhood, and which could serve as inspiration for path-breaking changes.

The Prime Minister praised President Pranab Mukherjee`s initiative for the education sector, and said his guidance will benefit the nation, and future generations in a big way. The Prime Minister said while global rankings are important, we should also set up our own parameters for rankings, which will serve as an in-built mechanism for change and improvement.