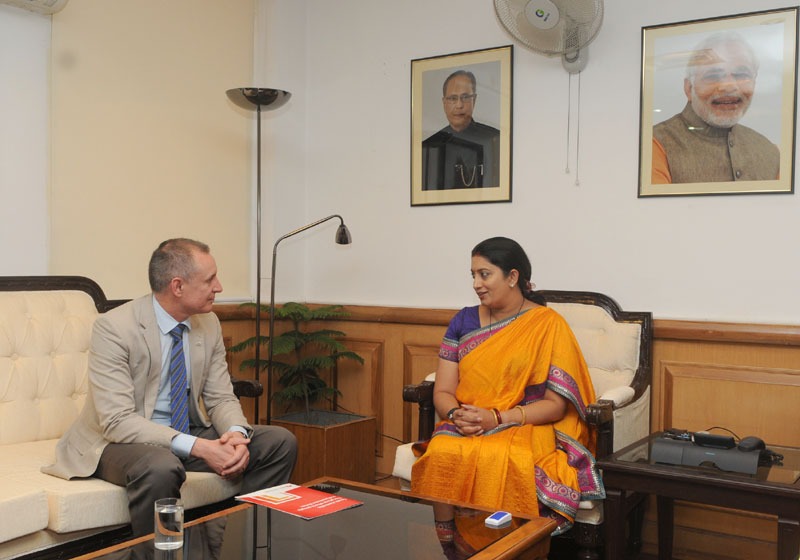 Mr. Jay Weatherill, the Premier of South Australia called on the Union Minister of Human Resource Development, Smt. Smriti Irani in New Delhi on August 22, 2014. Mr. Jay Weatherill said that South Australia is keen to collaborate with India in the Education and Vocational Training sector. He also mentioned that even though South Australia is a small State with a population of 1.65 million, it does have good public universities like University of Adelaide and a good environment for foreign students.

The Minister of HRD appreciated the interest taken by South Australia in a long term partnership with India in the following five fields: i) Higher education and vocational training; (ii) Aerospace and Defence; (iii) Renewable energy; (iv) Water management; and (v) Mineral resources

The Premier of South Australia expressed interest in the project of cleaning of the River Ganga undertaken by the Indian Government and said that this was an important project not only from the point of its environmental impact but also from its impact on the society.