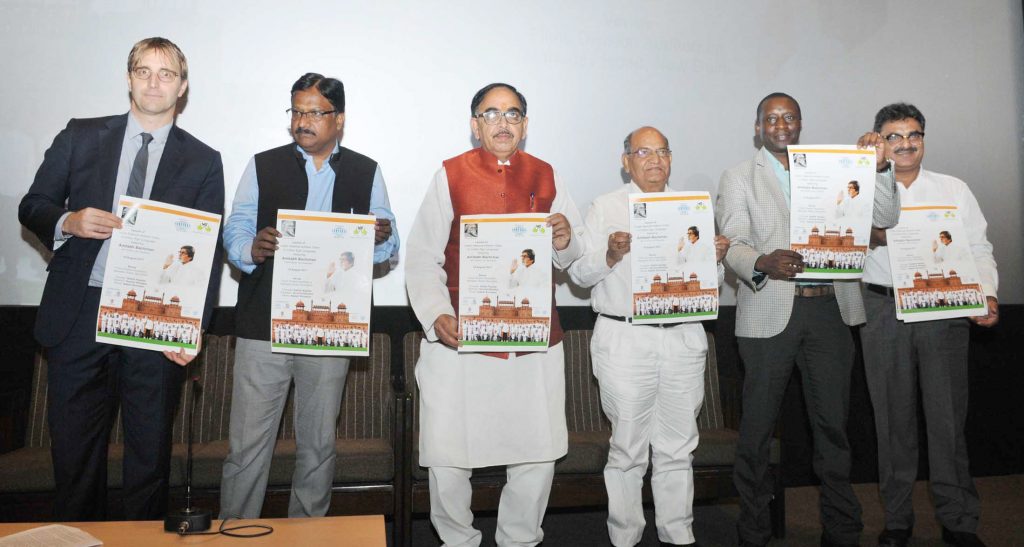 The video features Mr Amitabh Bachchan along with children with disability singing the National Anthem in sign language at the backdrop of the Majestic Red Fort. The film is conceptualised by Satish Kapoor, Founder Director, We Care Film Festival. We Care Film Festival produced the Film under the aegis of Br other hood, an NGO. It is directed by Govind Nihalani and the music is scored by late Aadesh Shrivastava.

Speaking on the occasion the Minister said that our Prime Minister Shri Narendra Modi has a vision that India’s development will be complete when our divyangjan become an integral part of it and come forward in the nation building. Shri Modi had suggested that the term ‘divyang’ (divine body) instead of ‘viklang’ be used for persons with disability.

He further said that we must create an environment for the disabled people by which they can be able to earn a livelihood and live an independent life like any other citizen. It is our responsibility to mainstream them into all walks of life, and to make things accessible to them so that they can be fully integrated into national life.

He praised the government for its decision on the reservation in vacancies in government establishments to increase it from 3% to 4% for certain persons or class of persons with benchmark disability.

He appreciated the efforts of the organizers and wished them all the success in future endeavors.