The Right of Children to Free and Compulsory Education (RTE) Act, came into force from 1st April 2010. The Act laid down a three year time frame to attain various norms and standards as specified in the Schedule to the RTE Act. The Department of School Education & Literacy, Ministry of Human Resource Development has been documenting the progress made by States and UTs every year since the RTE Act came into force on the basis of DISE data. Recently the Ministry has published RTE: The 3rd Year on the basis of DISE Data 2012-13 with respect to children's enrolment, teacher availability and infrastructure indicators for each State as well as at the national level. RTE: The 3rd Year has also captured additional indicators on the child centered provisions as well as quality. The publication focuses on the progress made by States and UTs since the enactment of the Act in the last three years. State wise stock taking of various indicators is helpful in analyzing the trends and also for further planning.

All States and UTs have notified the State RTE Rules. Major notifications with regard to setting up systems to implement the RTE Act have also been put in place. All States/UTs have notified their State Academic Authorities and issued notifications with regard to the elementary education cycle of 8 years. Also notifications with regard to no corporal punishment, banning of private tuitions, banning of screening procedure and capitation fees and no board examinations up to the elementary level have been put in place by all the States/ UTs. By 2012-13, 88% of the schools had a School Management Committee as per provisions of the RTE Act. 75% of the members of SMCs are parents of children studying in school and at least 50% of these are women. 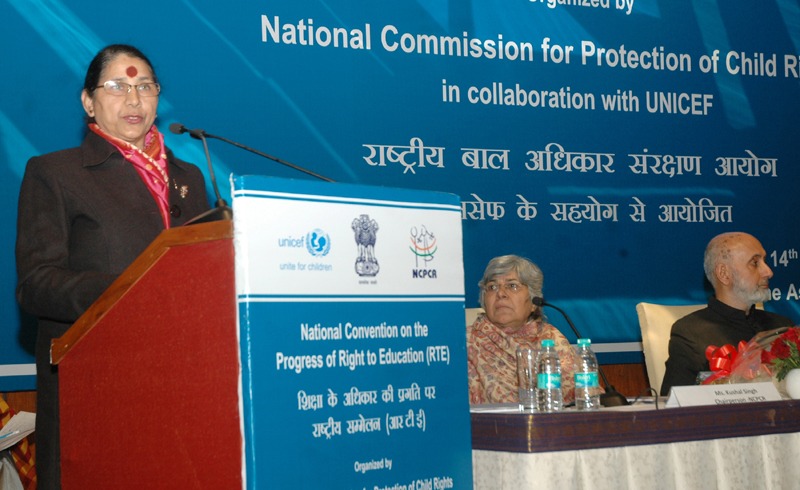 Smt. Krishna Tirath, Minister for Women & Child Development inaugurated a two-day National Convention on 'Three Years of Completion of the RTE Act" in New Delhi today. Inaugurating the Convention Smt. Tirath said that the onus is on the Government to provide and ensure free and elementary education to all children in the age group of 6 to 14 years.

She further added that the National Commission for Protection of Child Rights (NCPCR) and SCPCRs should monitor out-of-school children to facilitate their access and participation in the schooling system. This would include children who have never enrolled or have dropped out, children who are temporarily absent, and children who are permanent migrants or who migrate seasonally with their parents.

The first meeting of the Mission Authority of Rashtriya Uchchatar Shiksha Abhiyan (RUSA) was held on 8th January, 2014 in New Delhi. The meeting was presided over by the Human Resource Minister, Dr. M.M Pallam Raju. The ...

The second day of Bharat Nirman Public Information Campaign at Shahzadpur, Ambala was mainly devoted to education, employment and related rights. Speaking on the Right to Education, Block Primary Education Officer Sh. Satpal Kaushik said that in this Act the Centre had provided for free education to all up to the age of 14. Giving details of the provisions of this law, he said that special attention had been given to the education of girls. He informed that literacy rate for males in Haryana is 84 percent whereas for females, it is 56 percent, thereby need for focusing on the education of girls.

In his address on MNREGA, Shri Balwinder Attri, Deputy Director (M&C), PIB Jalandhar informed that on an average 480 lakh families are given employment annually. The Centre Government has spent Rs. 2,38,400 crore till the end of March 2013 since the schemes was launched in 2006, he added. He further said that under a new provision under MNREGA, small warehouses can be set up at the block and Panchayat level. People belonging to states like Haryana and Punjab can avail this facility as these are surplus states in the agriculture produce. The states have just to provide land for these warehouses, which can have capacity of upto 18000 tons. On Land Acquisition Act, he said that under the new law, land could be acquired only with the consent of land-owners. The compensations for land in rural areas will be four times the market rate, whereas it would be double the market rate for urban areas. 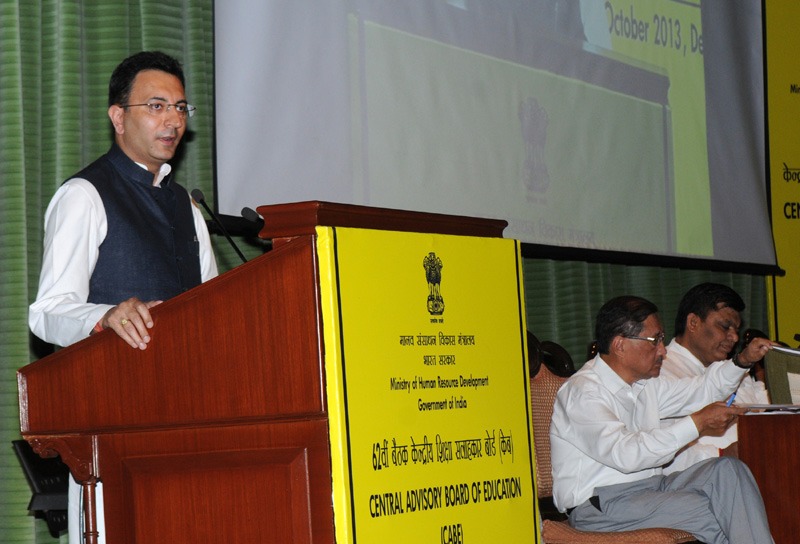